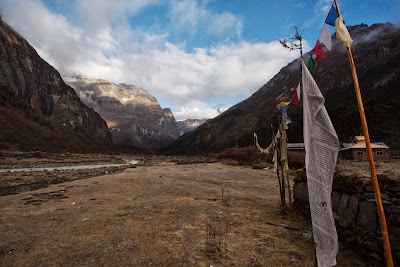 I got up about 6am after another night of little sleep.

The weather was nice with good views of the big mountains further up the valley. 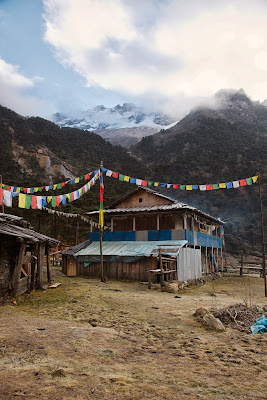 This is the Yangle Kharka teahouse with big mountains peeping through the clouds in the background. 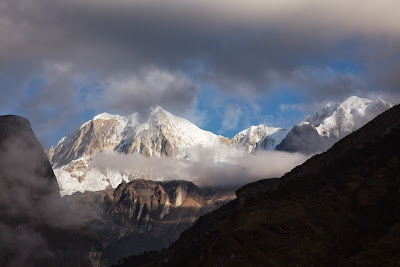 View up the valley from Yangle Kharka. 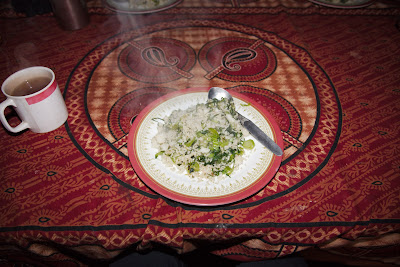 For breakfast we had semifried rice with green bits.

This was an error which we didn't figure out till later in the trip.

We didn't feel like eating Dal Bhat twice a day so we started ordering fried rice instead.

Skipping the lentils meant we were removing the source of protein from the meal. 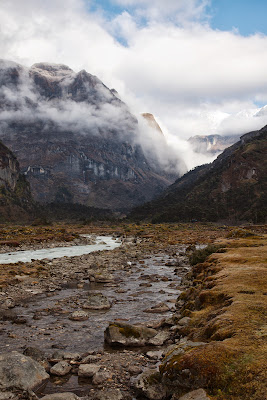 Mark and Elaine went for a dayhike with Strongman.

Their aim was to visit a religiously significant site in the cliffs visible from the teahouse.

They met some 'challenging' terrain on the route and turned back.

I decided to rest for the day as I was still nursing a big blister on my foot. 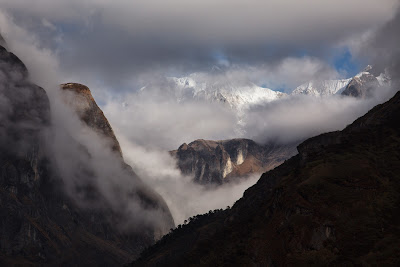 As the afternoon went on more clouds rolled in and the sky started to look a bit stormy. 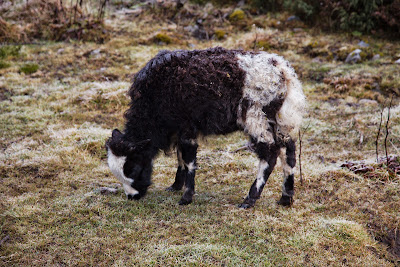 The herd of Yak that were around the teahouse had moved to lower ground the evening we arrived.

This one gimp baby (which we named the zombie yak) was left behind.

There wasn't much hope this guy would last through the approaching winter season. 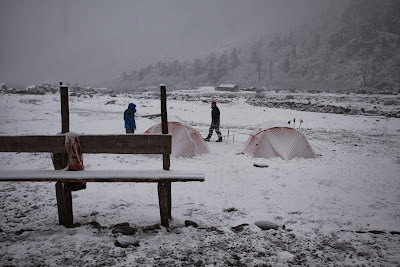 Mark and Elaine arrived back around noon and soon after it started snowing.

The Germans arrived late in the afternoon and went straight to their tents which their porters had setup right in front of the teahouse. 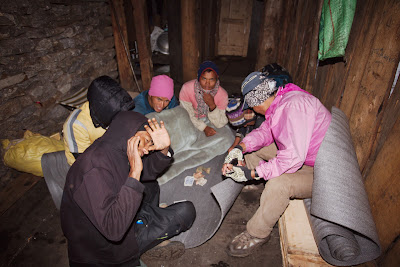 The porters for the German group hung out in the lodge playing cards and goofing around. 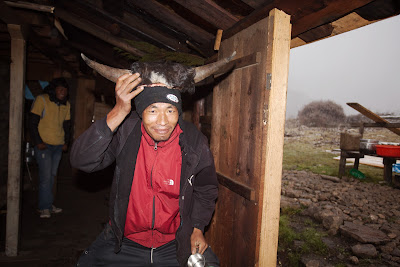 They were a fun group and keen to pose for photos at any opportunity.

I think we may have talked to them more in this one afternoon than their German customers had all trip.. 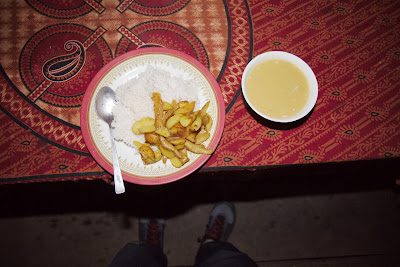 For dinner we had Dal Bhat served with potatoes and wild mushrooms.

Yak was still on offer but funnily enough we all suddenly felt the need to go vegetarian.. 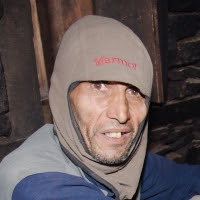 Weather: Although it snowed all evening I think I'd still class it as a 2 hat day. There was no heat from the fire in the teahouse - they only burn enough fuel to cook as wood is scarce at altitude. It was still warm enough to sit around with enough clothing on.

Accommodation: Teahouse still receives a 3 out of 3 rating.
Posted by Mick Fingleton at 11:00 AM